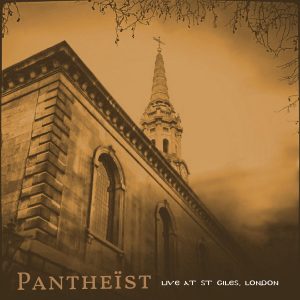 “It’s finally here! Having sat on the audio for almost 9 years, we have now edited and polished up the recordings of our gig with Skepticism at St Giles-in-the-Fields on the 28th January 2012. The result is a 90 minute nostalgia trip to an event which has remained unique in the United Kingdom: an international audience of 300 doom metal enthusiasts, witnessed two ‘funeral doom’ bands in a church in the heart of London!”

“Professionally captured on a 16-track mixer, the performance contains a selection of 9 tracks from our first four albums. Some of the versions of the tracks are more daring than others; all of them are full of passion and conviction and I’m sure you will excuse some inaccuracies here and there in the heat of the moment.” -Kostas 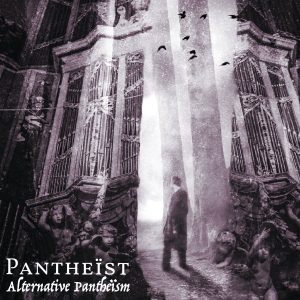 “A 90 minute compilation of rarities, covers, demos and unfinished tracks spanning the period between 2000 and 2018 of the band’s history. They have been mastered and cleaned up for your listening pleasure and I deliberately picked tracks which show the band’s evolution over the years in chronological order: from instrumental ambient and covers of better known bands while we were finding our way, to experimentation in our ‘middle period’ and eventually our more confident integration of the past in more recent years. Accompanied by lovely cover art by Cheryl, I trust this will be a nostalgic ride for those who are familiar with our music, a journey through lands unexplored and projects unfinished. The tracks have their own charm in their imperfections and ‘what if’ potential that was never fulfilled for whatever reason.”

“It’s an exclusive Bandcamp release so I won’t be releasing this compilation elsewhere. There are also some limited A4 prints on quality matte paper with Cheryl’s art accompanying the album, for those who like something physical to hold on to. I will sign them personally.” – Kostas 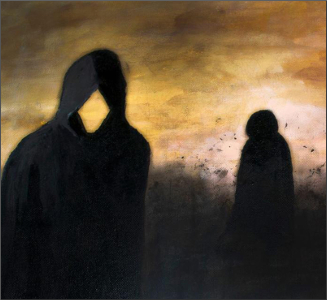 ‘Chapters’ (2016) was a fundraising EP by Pantheïst vocalist and keyboardist Kostas Panagiotou, containing five imaginative tracks of Futuristic Space Doom, and featuring past and present members of Pantheïst as well as various special guests. All funds generated from the now-sold out EP were used to support the recording of the new Pantheïst album, ‘Seeking Infinity’.

‘Events’ is a science fiction novel written by Pantheïst vocalist and keyboardist Kostas Panagiotou, that tells the story behind the concept of ‘Seeking Infinity’ (which all proceeds from the book went towards the recording of). The publishing of the novel accompanied the release of ‘Chapters’, and each of the tracks from the EP accompanies one of the six chapters of the story.

“When Professor Losaline, one of the brilliant minds of his era, is contacted by forward thinking company TTM with the request to be the first person to time travel and report his findings back to the world, he doesn’t hesitate. Driven by his thirst to understand the truth behind the phenomena, he hopes to gain answers to the big questions that have tested humanity for thousands of years. However, his enthusiasm is not shared by his partner Rose who senses the experiment is a scam invented by the company in order to create free publicity. When the experiment fails, she finds herself in a desperate situation trying to recover her partner’s mind from the wilderness of the space-time continuum. And there are other enigmas that plague her; what’s behind the bizarre behaviour of TTM employee Dirk Prevez, the only person who has time travelled before? Why does the mysterious pyramidonium take hold of people’s minds? And what about the vision of doom shared between Dirk and the Professor, which seems to expand in intensity and detail over time? As the events unravel, a darkness envelops everyone involved and the consequences are chaotic and unpredictable…”

The band have set up a Facebook group for discussing anything related to Pantheist and funeral doom culture; from cemetery photos and church buildings, to mental states of solitude and isolation, to funeral doom releases, to pantheism and mysticism.